The Oresund is at its narrowest between Helsingor on the Danish side and confusingly Helsingborg on the Swedish side! It is also an incredibly busy ferry crossing, as one ferry leaves another arrives and they are new super quick hybrid electric ships so not only do you have to dodge between then but they are virtually silent as well! To make matters worse, there is a strictly enforced Traffic Separation System TSS which yachts cannot enter. Our plan was simple, sail down the Danish side to the island of Ven, crossing in front of it with plenty of space to avoid ships coming up or down in the Oresund. Little did we realise that that Ven split the shipping lanes with one on the far side of Ven going into Malmo and the near side one for ships passing directly into the Baltic. We now had two lanes to cross – so much for being clever!

Ven apparently in the 16th century was where the noseless astronomer (he lost it in a duel with his son-in-law (note to self…be nice!)) Tacho Brahe (the Patrick Moore of his day) had is observatory and castle – the Uranienborg. His claim to fame was that he showed that the earth rotated around the sun and not the other way round! 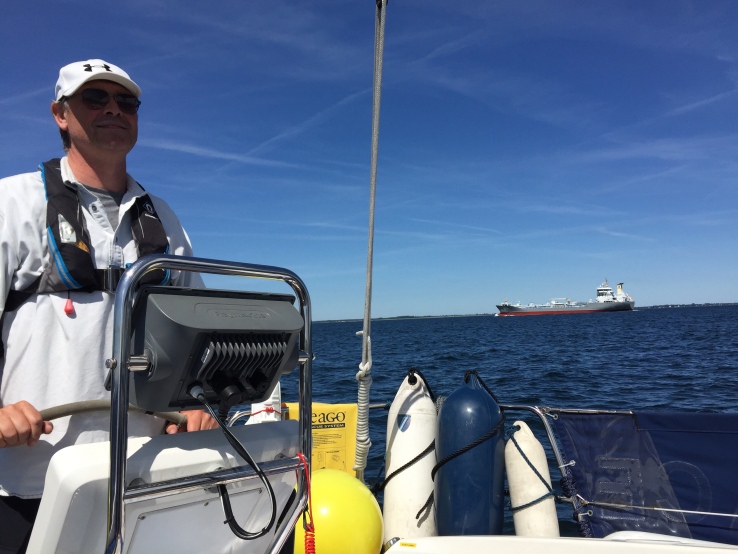 As we reached Ven we started to cross on a broad reach but had to gybe away to avoid a large and very fast moving cargo ship moving down then again to avoid another coming up. By this time we were so far down on Ven that we had to put in a series of long sweeping gybes to clear the island. Just when we thought we had cleared the shipping lane when a large and very fast white passenger liner came down the inside channel on the Swedish side of the island!

Just when we thought we had cleared the shipping lane. Liner emerges on the far side of Ven!

Safely avoided we headed for our first port of call in Sweden, Landskrona. Landskrona is effectively the ferry terminal for Ven, which was rather handy as we were able to watch one follow the slightly confusing dogleg channel out of the river mouth. The yacht basin is in the old ferry dock and will be very nice when it is finished and surrounded by smart ‘execu-flats’ and luxury moorings. Confusingly about 100m before the entrance is the sailing club. They have lots of masts and it was very tempting to turn it there. Disaster would have resulted as the maximum depth in its entrance was less than 1.2m!

Holding my nerve and trusting the pilot book we went 100m further on and the entrance to the Nyhamn. This was only about 30 feet wide with a 3 knot cross current, so it took a good surge of power to squeak in. Only to put on full astern almost immediately to come to a halt as there was a footbridge across the way in! We tied up to the nearest thing which was a wooden wall running from the bridge piers and waited. And waited. And waited! Finally opening the big metal boxed bolted to the top of the wall. Inside was a lot of Swedish and a big green and a big red button. Pressing the green button lights flashed, buzzers sounded and if by magic the bridge opened! We sailed through and into what will be a very smart little marina! After motoring around inside for a bit, then getting wedged between two finger pontoons we eventually moored up alongside. We were so busy trying to find somewhere to park we did not notice that the bridge was still open or indeed all puzzled people calling to us from each-side of the bridge…..if only they had tried English! Then a man who had been jetwashing the pontoon told us that we were supposed to close it after we had used it but not to worry and without a moments delay had jumped off the bridge and shinned out along the wall to press the red ‘close’ button. Fantastic!

We felt less bad about bringing the traffic to a halt in the town while we left the bridge up after the retired harbour master popped down to say hello. He told us that everyone does it the first time. Also we were only the fifth English boat that had come into the harbour in 6 years…….not surprised really as you have to know your stuff (not us) or be prepared to muddle through totally oblivious to everything happening around you! (Us). As we left he leaned out of the window of his flat opposite and yelled ‘Bon voyage’ I think…… 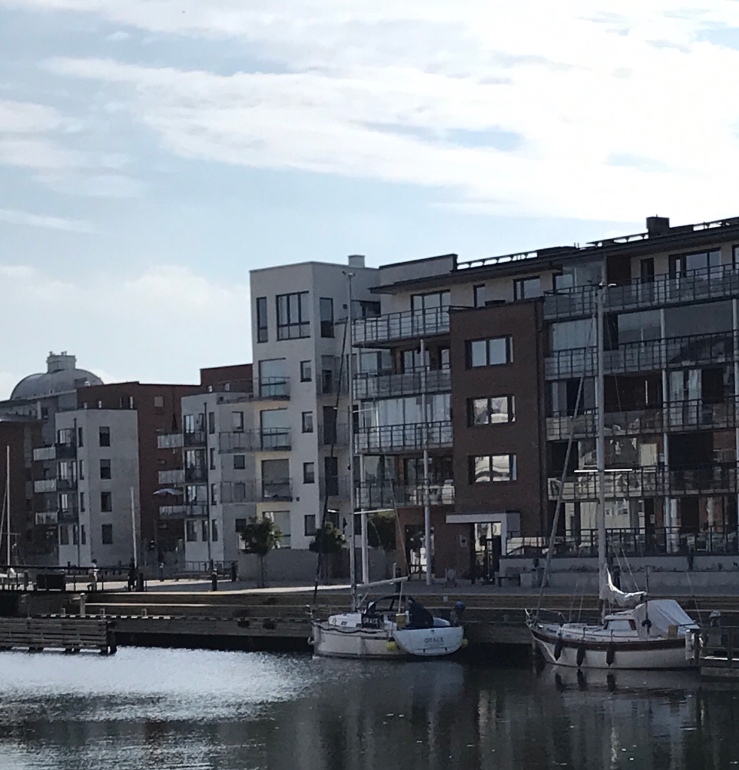 Grace in Landskrona, our first port of call in Sweden

Our final job, after sorting out bridges and moorings was to swap the Danish courtesy flag we had flown for almost 9 months for the Swedish one! Finally we had made it to Sweden.

Landskrona is what turns out to be a fairly typical medieval town in Scania (of which we have seen quite a few now!) with its corresponding castle, the Citadel. This was built by the Danish king, Christian 2 in the mid 1500s. Later, when Scania was ceded to the Swedes, the Swedes built on the other side of the channel, now hidden in the dunes, an equally large Bastion to provide even better protection for the port against marauding Danes. It failed and it fell to the Danes again in days! Apparent one of the reasons for moving the Swedish Navy base to Karlskrona!

The Citadel, apparently was used up until the 1960s as a woman’s hard labour prison! 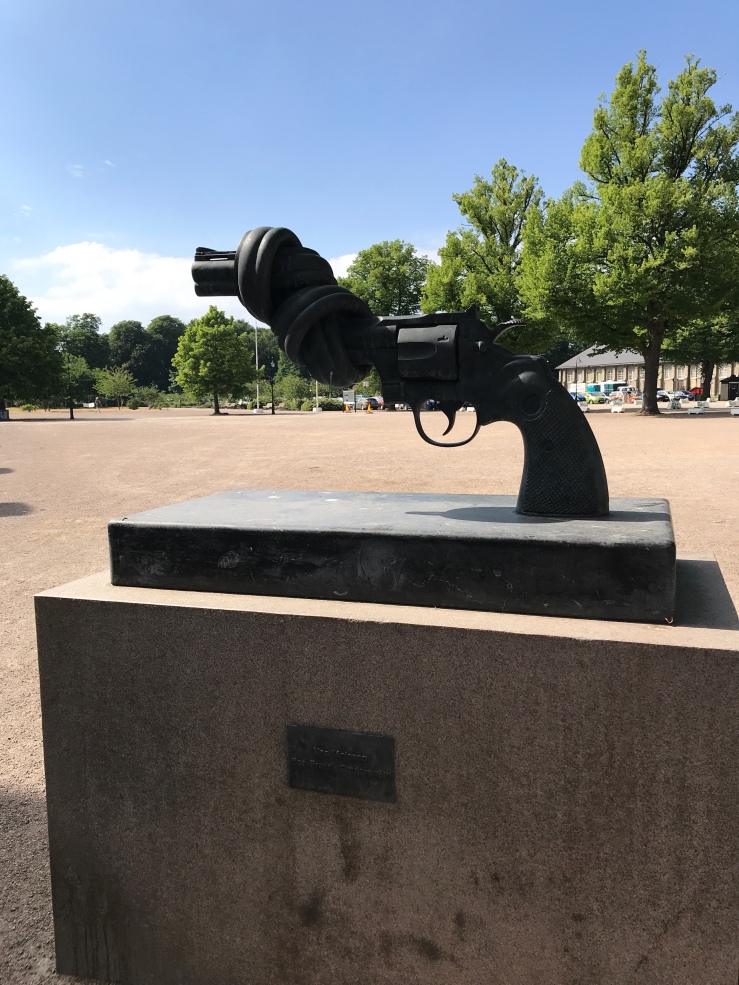 The love the Danes now and even vote for them in the Eurovision Song Contest!

1 thought on “Last one into Sweden please shut the bridge!”