The Hong Kong MTR (underground) is a wondrous thing! Remarkably quick and cheap. We took the Tung Chung line out to Lantau island. To go from Central station to Tung Chung took just over 30 minutes and cost about £1.60! All you need is an Octopus card, like an Oyster card only better! It works on all public transport, even the Ding Ding trams and the crazy old green 16 seater minibuses that swerve through the traffic. The only thing it does not work on is the 1970’s style red Toyota Crown taxis that are an icon of Honk Kong just like London black cabs. You can also use your Octopus card to buy groceries and drinks in the 7Eleven and if you collect enough points at the Market Place supermarket they will even give you place mats or a toaster!

Lantau is the largest of the islands that makes up Hong Kong, yet with the exception of Tung Chung, some small coastal villages and Disneyland……oh and Chek Lap Kok International Airport it is virtually deserted!! These are all built on the flat bits round the edges, the centre is densely verdant and mountainous and criss crossed with walking paths.

The main reason why people visit is the famous shrimp paste or the big Buddha! The former has been made on the island with local ingredients for millennia and the latter is an enormous statue perched on top of a peak together with the neighbouring Po Lin monastery. With all the tourist razzmatazz it is quite easy to forget that it is actually a place of worship, with people undertaking their devotions amongst the school trips and ice cream guzzling gawppers (me!). 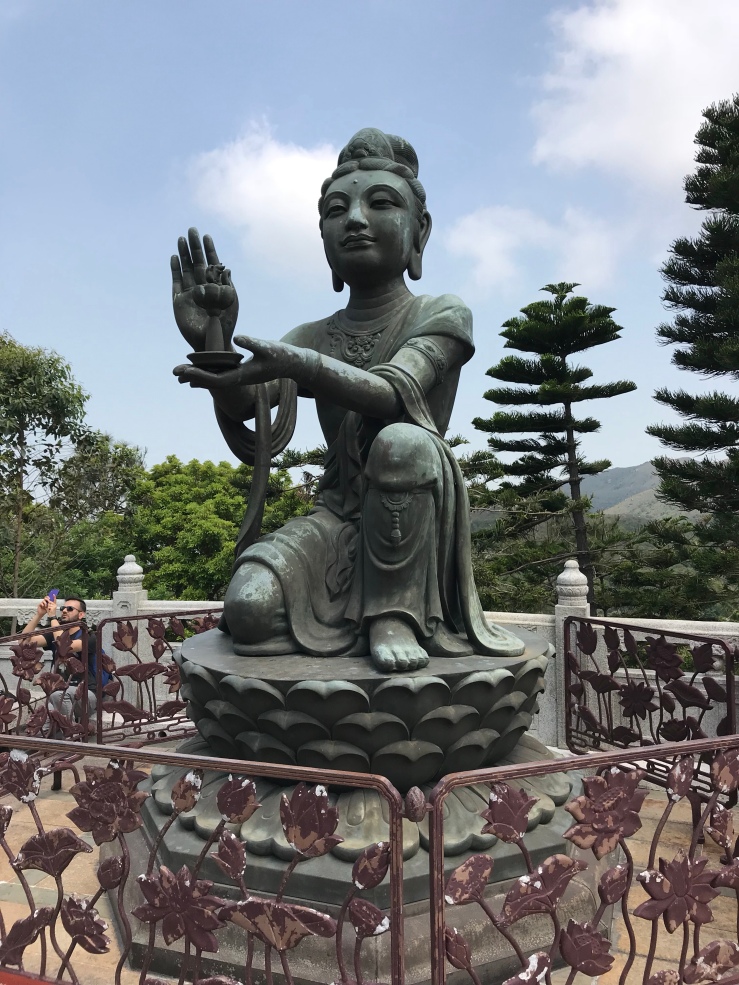 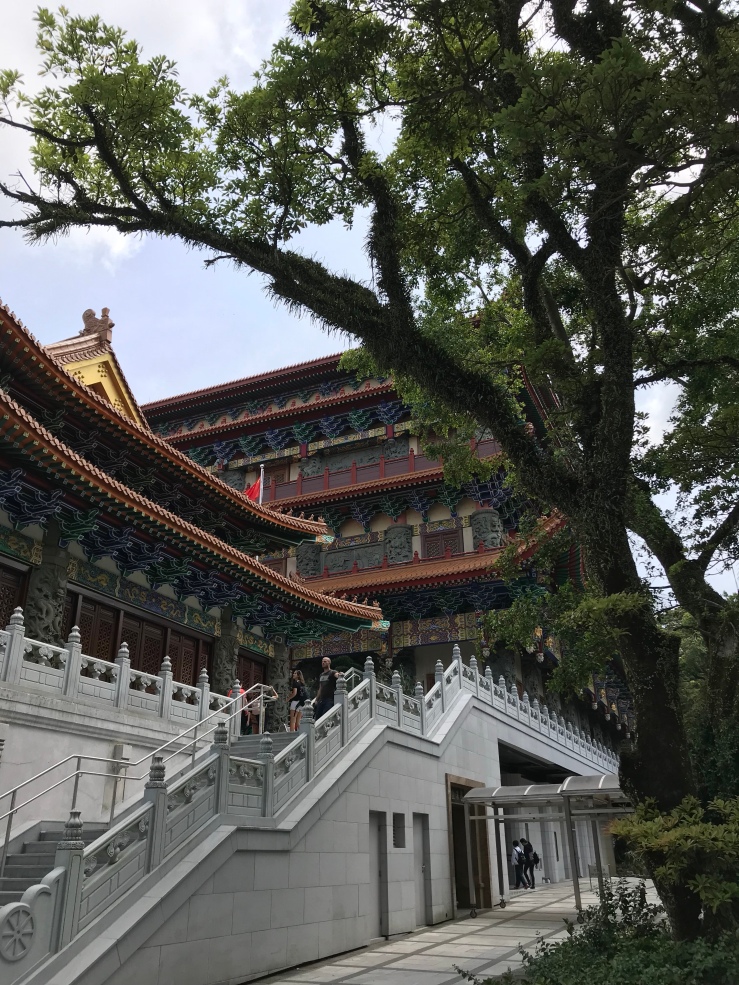 Out of the MTR and straight on to the Ngong 360 cable car, why we opted for the crystal cabin with the glass floor I do not know – especially as I really dislike heights! When I could open my eyes, after much encouragement from our fellow travellers, the view was breathtaking! 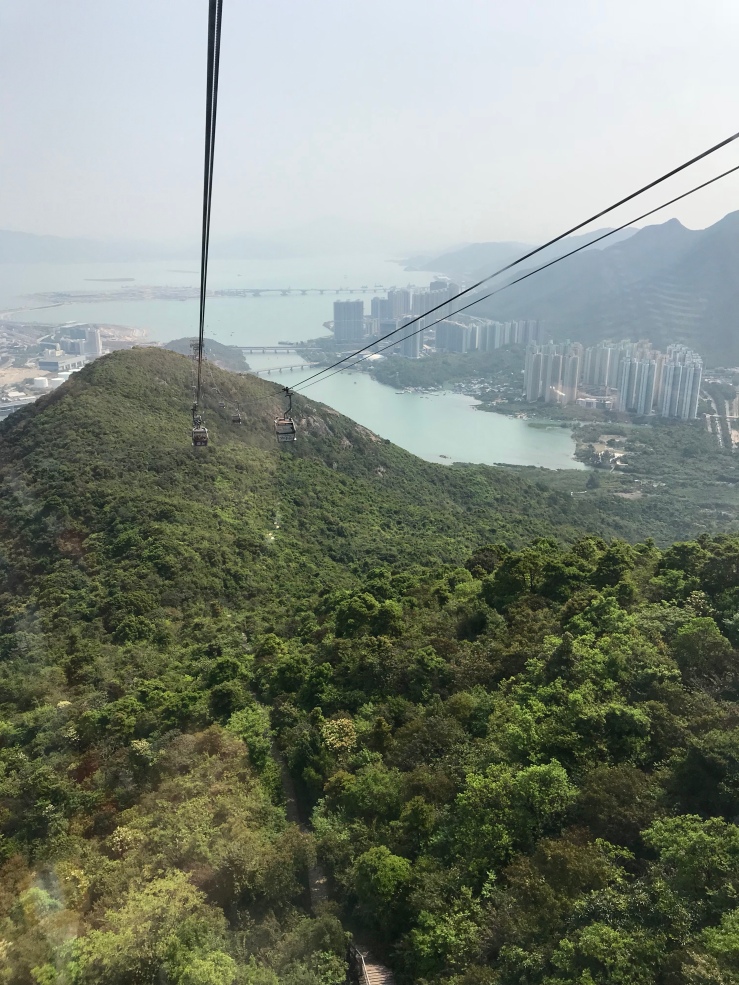 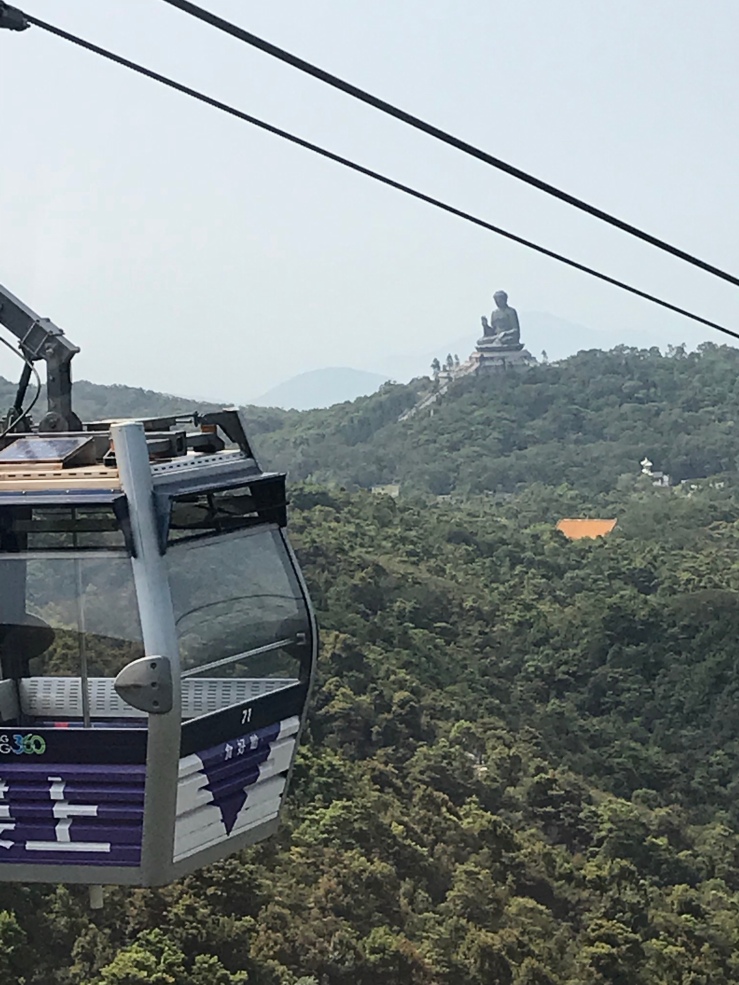 The big Buddha and his shopping mall done we hopped on a bus and down through precipitous hairpins to the coast to the Tai O fishing village and it’s stilt houses. Their tiny alleyways, teaming with people, the noise and above all the smell is really an assault on the senses! 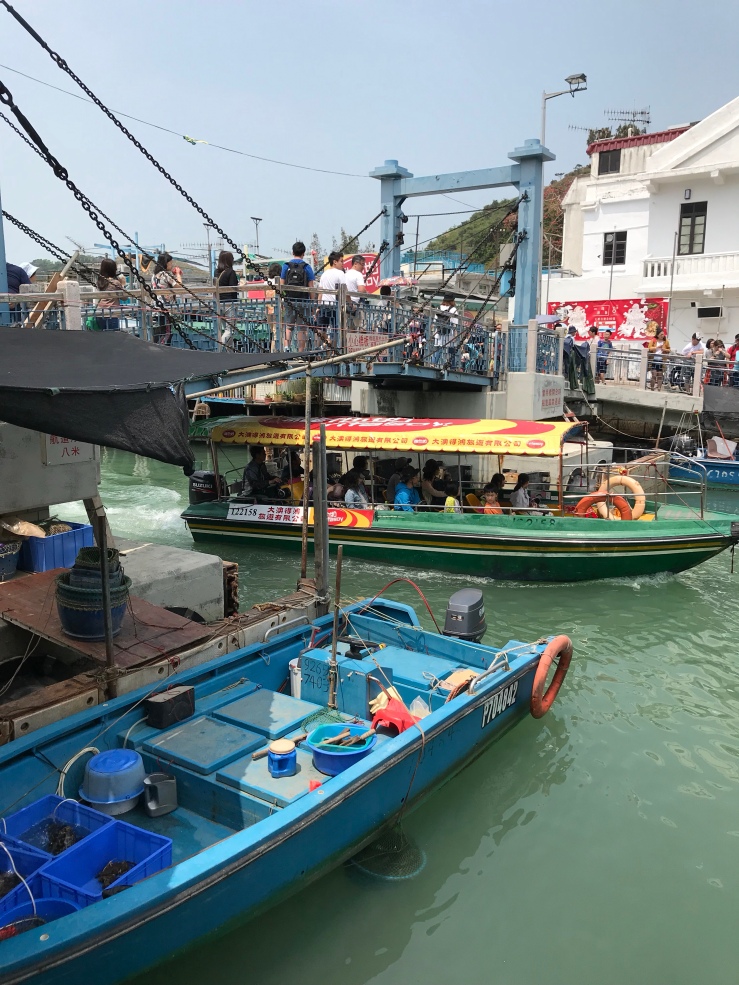 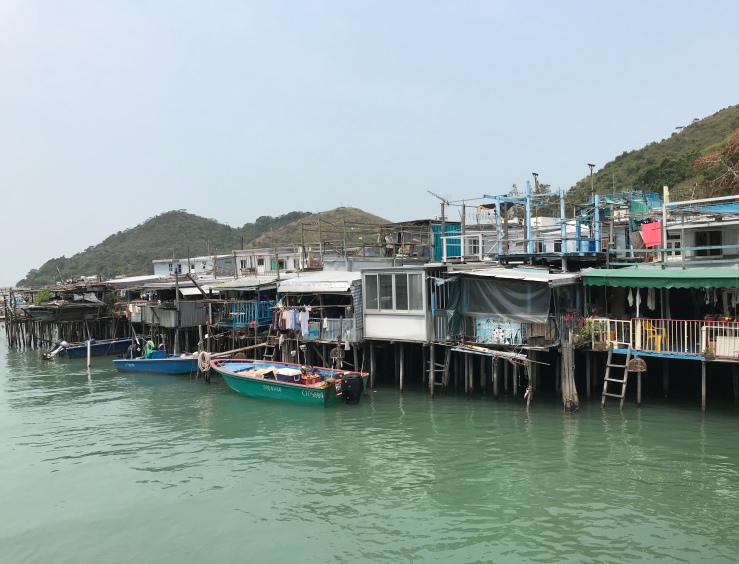 The place is famous for dried fish and the bright pink shrimp paste which is either dried as bricks in the sun or put into old jam jars. People really do travel from far and wide just to buy this stuff – from Hong Kong and mainland China. Basically it is just shrimps and salt densely packed into what looks like old blue oil drums and fermented in the sun for up to 2 years! We had the misfortune to be passing an open barrel which was being decanted into jars – the smell was eye watering! 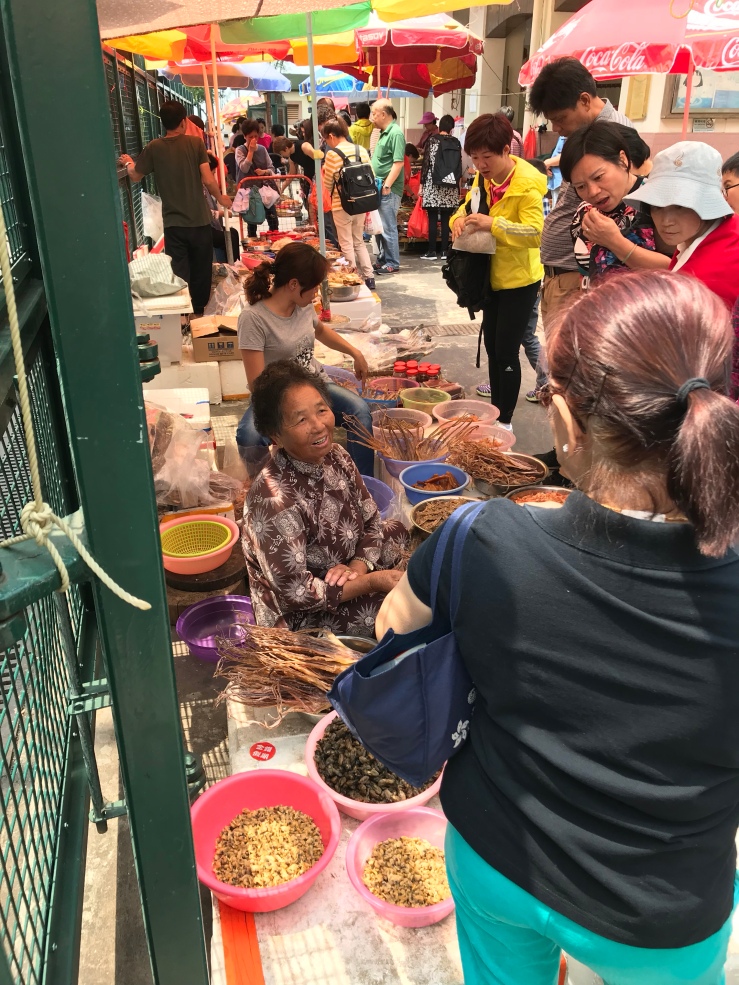 We kept walking briskly along the coast and suddenly the shanties ended, the people and smells disappeared and there was a big wide promenade leading to the tip of the island. It was very welcome to find a smart hotel with inside toilets, food on plates and cold beer! The old Police Station. It does have it’s own pier so guests do not have to make the Tai O trek.

Some hours later and fortified for our return journey, we meandered back through the village and back to the bus stop. The queue to Tung Chung and the MTR stretched for miles and twice round the block. So with no bus in sight we risked the very much shorter taxi queue.

Lantau is clearly the place where old Hong Kong taxis go when they cannot possibly go any further and cannot be repaired by any conventional means! It is a testament to Toyota engineering that our prehistoric taxi stoically climbed up the steep hills and shuddered down the deep valleys to get us safely back to Tung Chung and the slick, smooth and swift MTR!