The Star Ferries are an institution here in Hong Kong, taking you quite quickly from Hong Kong Island to the Kowloon and the mainland with what must be some of the most incredible views of human habitation on the planet! As tourists we decided to pay the extra 5p to sit on the top deck, not a bad investment considering the normal fare is about 26p!

The Star Ferry Terminal at Central

Views across the bay 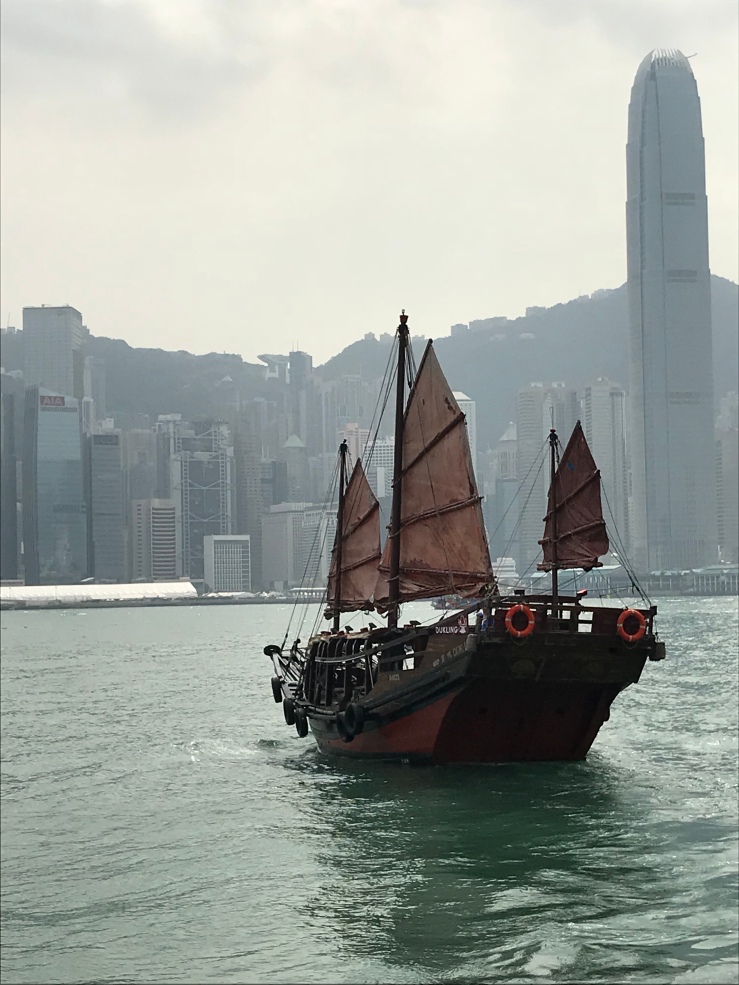 At just over 100 ft long these flat bottomed little boats roll their way across the swell in Victoria Harbour from the Central Ferry Terminal in all directions, dodging the container ships, cruise liners, sampans and the high speed Macau jet foils that seem to fill the Bay!

The wheel house – one at each end!

Our ferry, Meridian Star was built in 1958 to a double ended design reminiscent of the original ferries from when the Star Ferry company was formed in around the 1880s. In fact I assumed that ours was coal fired by the quantity of smoke coming out of the funnel – it is a diesel electric!!

It was lovely to watch these boats berth, a stern line was thrown ashore, caught on the boat hook and then looped over a bollard. The boat was then driven forward pulling it closely alongside for a bow line to be secured. Not a bow thruster in sight! It’s a manoeuvre I’ll definitely try with Grace! 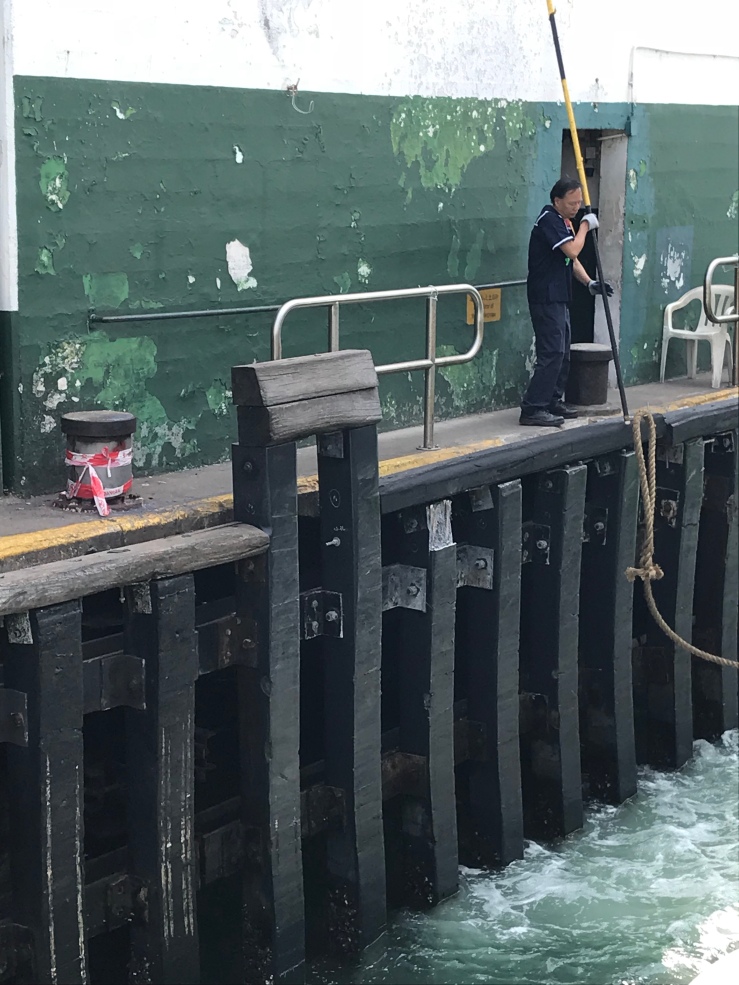 The days of the ‘Stars’ are clearly numbered. There are new bridges and roads everywhere and the MTR underground is just so quick, cheap and easy that given the pace that people like to move here, if you are not a tourist why would you choose any other way to travel?! 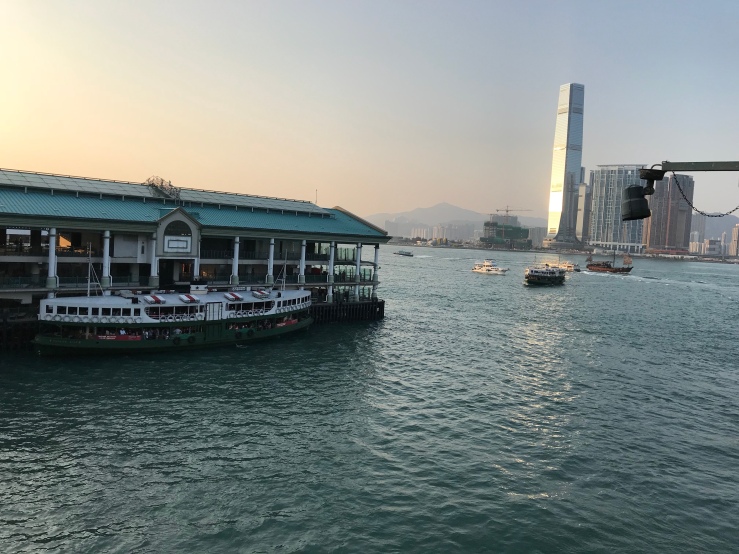