We reached Nykobing on Wednesday in good time to get Lorna on to her train. Exploring Nykøbing did not take very long, the town’s main claim to fame was that in 1716 Peter the Great of Russia stayed there on his way to support the Danish king in some battle or other, however rather than have a Danish ‘all you can eat’ banquet with the king in the Slot he preferred to go to the local coaching inn. Then some 200 years later in 1898 when the place was in sore need of refurbished, the very enterprising owner of the same said inn wrote to Czar Nicholas with the story about how the Czar’s illustrious ancestor stayed there and asked for cash to renovate it. In return the hotel would be called the Czar’s House. The Czar fell for this and promptly stumped up the cash to get it rebuilt! It also now claims to be Denmark’s oldest restaurant…….I wonder who they will ask to pay for the next repairs! The lunchtime traditional open sandwiches were superb! 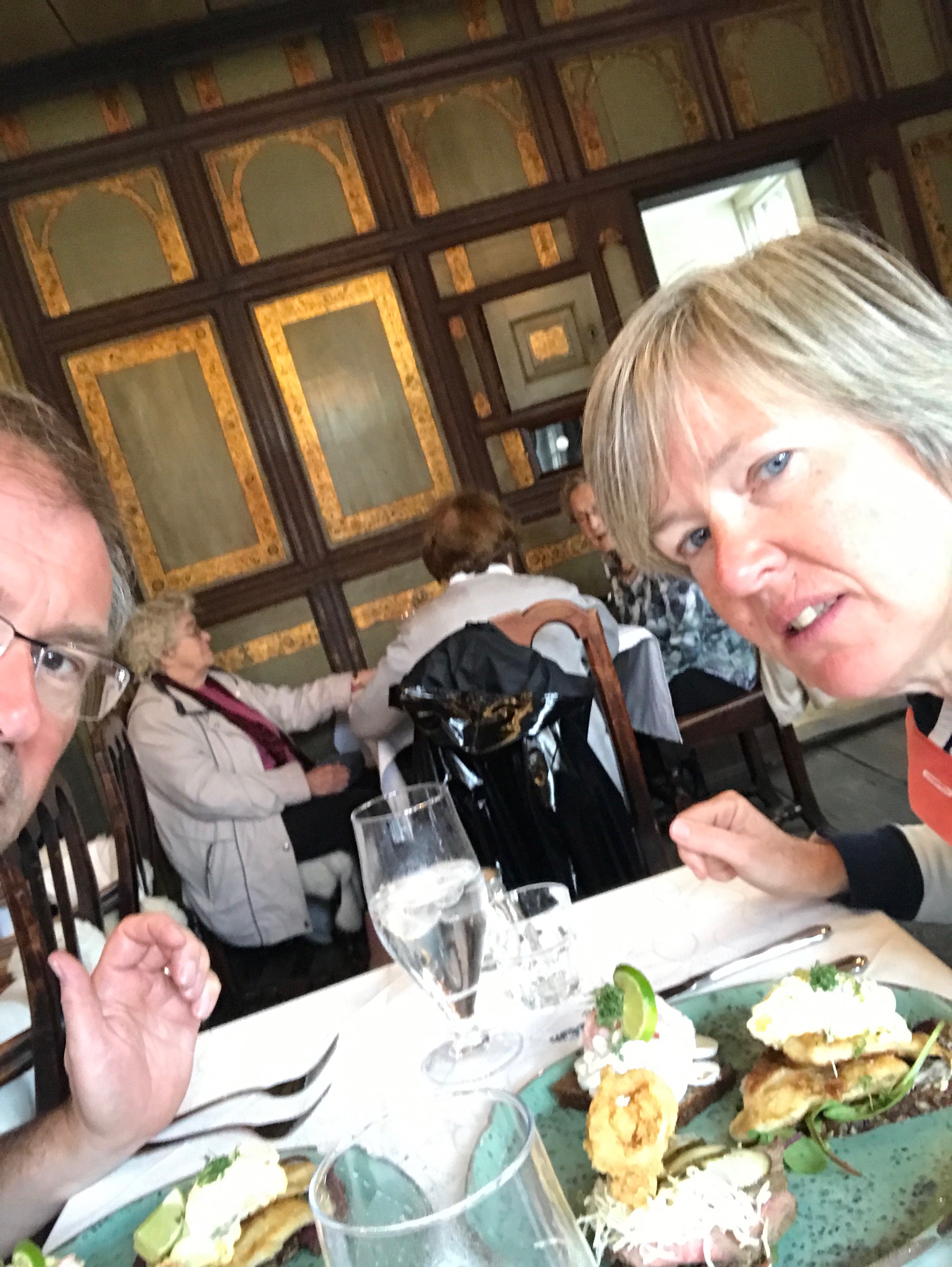 Great for a lunchtime sandwich 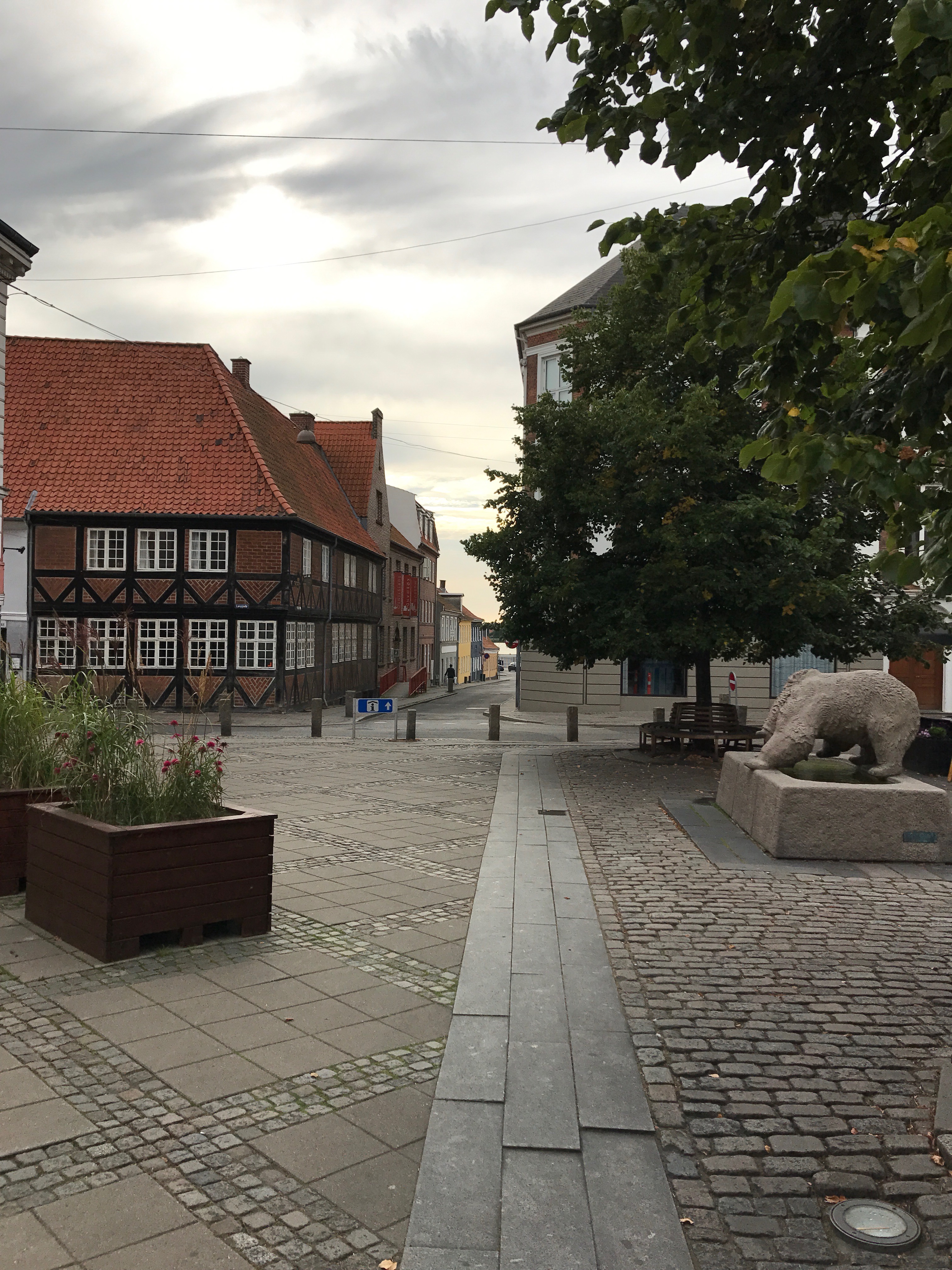 Nykøbing town square with a bear statue in honour of the town’s connection to Russia.

Other than that and a comfortable berth in a storm Nykobing had very little else to offer except perhaps an excellent laundrette where I spent a wet and windy afternoon in the warm watching socks go round!

At least it was warm and dry!

We beat the next band of bad weather, however the forecasts were just getting worse. The weather felt distinctly autumnal now and our our long term weather forecasts indicated a series of storms and bad weather ahead. If we could get away early on Thursday then we might make it to Copenhagen and still have time to get back to Augustenborg and Grace’s winter quarters.

The expected bad weather with driving rain and 30 knot winds struck Wednesday night rattling Grace about a bit. We were able to find a new water leak through the steering position and from a portside saloon window which added to the overall dampness! The wind did not die out until around midday on Thursday, so helping with our decision whether to push on to Copenhagen or not! What was worse was that the weather forecast had predicted terrible weather for the week ahead, with 54 knot winds for Thursday. We needed to make sure we missed that!

The weather had changed with lots of high winds and rain to look forward to! Reluctantly we realised that after travelling east for 12 degrees of longitude and almost 900 nm Grace’s 2017 cruise was at an end! We still needed to get to Augustenborg and Grace’s winter storage location. That meant crossing the Great and Little Belts, around 5 good days of sailing. First off we needed to develop a passage plan, so off to the bar! Our ideal berth to ride out the coming storm would be Svendborg, it is across the Great Belt but has a good train link to Copenhagen and is tucked away in a natural bowl formed from the surrounding hills so we knew we could leave Grace in safety. We just needed a break of 3 good enough days to make it; first to Vejro, then Omo and finally on to Svendborg. 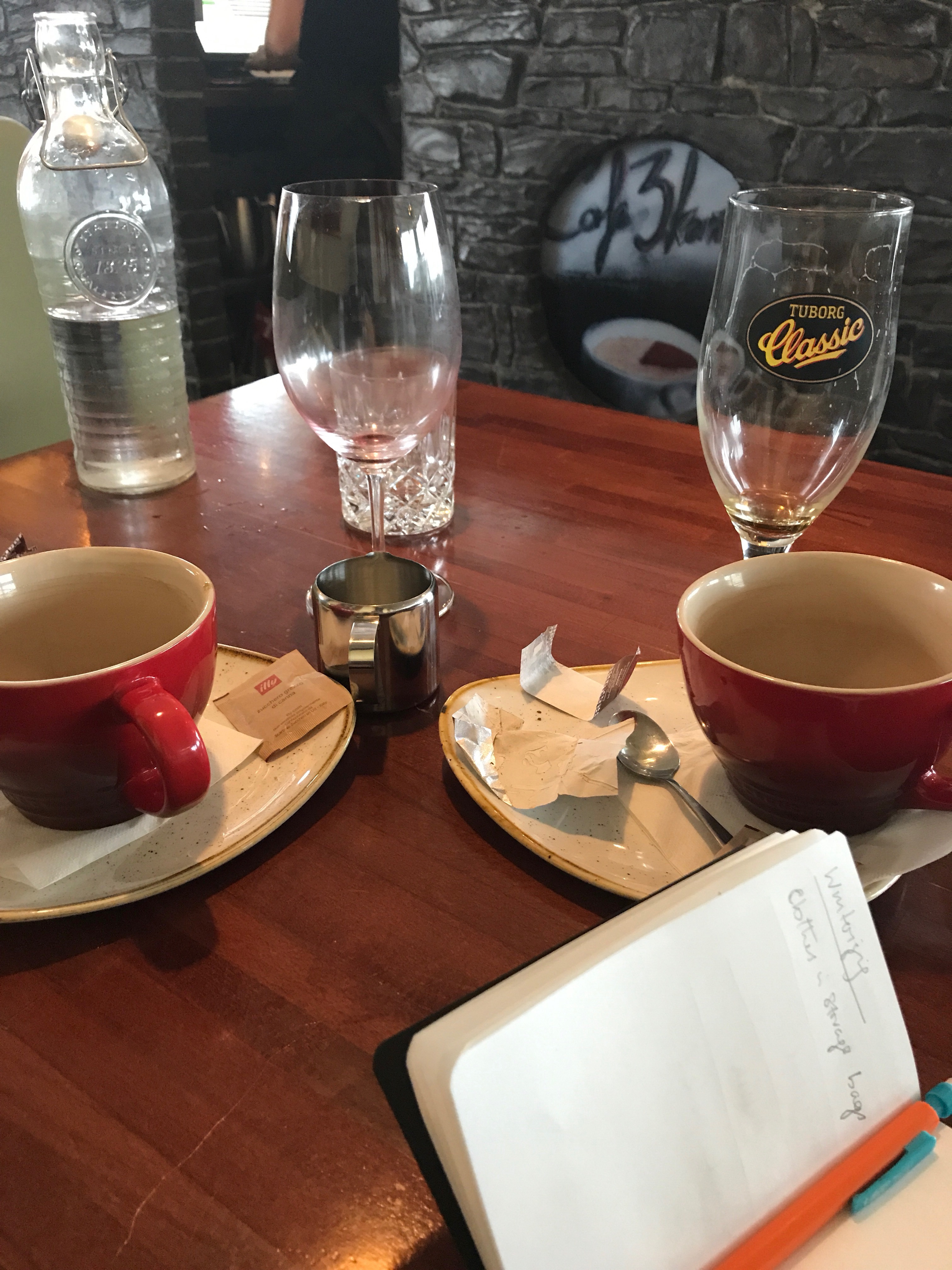