It’s now Monday and our first non work day! We are taking it as a rest day to recover from our big trip up from Eastbourne to Dover and prepare for our Channel crossing. However this proved a bit light on the ‘rest’ element as my iPhone and aching back confirms! 9 miles walked and 73 flights of stairs!

In Dover, if you have the misfortune to stay there, the only real thing to see is the Castle – they will try and tempt you with the roman painted house and the ferry terminal but the castle really is the main event! You can see it on the hill towering over the town and Marina at high tide….we were a bit disconcerted when we woke on Monday morning to find the castle which had been there on Sunday night had disappeared!

I am being a bit harsh on Dover as it is the only real place to start your cross channel swim from and the coastguard seems really helpful (I gained this view from listening to the vhf rather than actual experience!) and the French forbid it!
The Castle which has been steadily improved since the Bronze Age really is quite impressive, Julius Caesar did his bit, then William the Conquerer as early as 1066 made improvements but Henry ii made it into today’s Castle with various enhancements through napoleonic times, WW1 and WW2 and the Cold War. It’s Dumpy level tunnel is still covered by the official secrets act!

Our first stop was the WW2 naval control room where Operation Dynamo, the evacuation of the beaches at Dunkerque was planned and implemented……quite appropriate I thought as we were planning our own reverse Operation Dynamo the very next day!


The tour itself was a bit weird with the bloke from the pub in Eastenders shouting at you to move on to the next exhibit!

Peverills Tower was part of the many improvements, this is from about 1160. They really made strenuous effort to keep up with the latest fashions in defense…. 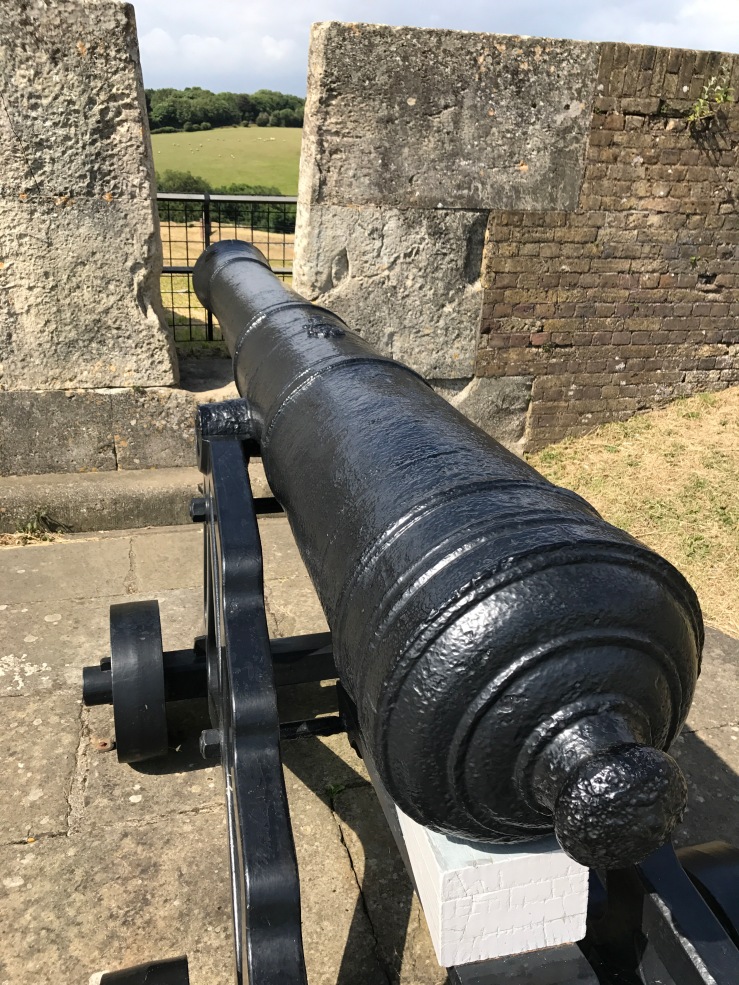 But the real piece de resistance is Queen Elizabeth’s Pocket Pistol, although it was not made for her but her father, Henry viii and it is certainly not pocket sized!


Henry ii really splashed out on the Castle, he wanted to impress visiting pilgrims who were on their way to Canterbury to see the shrine of Thomas the Becket…..the troublesome priest that Henry had dispatched!
The Great Tower is very impressive and affords a great view all around, including to the last remaining radar tower from the Battle of Britain and one of Dover’s two roman lighthouses!

Other bits of the defensive features I really liked was the Napoleonic era rampart built in the moat that allowed defenders to fire cannons and guns at attackers as they tried to cross the moat!

And possibly my all time favourite the Sally Port (and I hope the origin of ‘to sallyforth’!). These were built in medieval times to allow people to sneak in and out of the castle undetected and upgraded to include remote entry airlocks in about 1830. 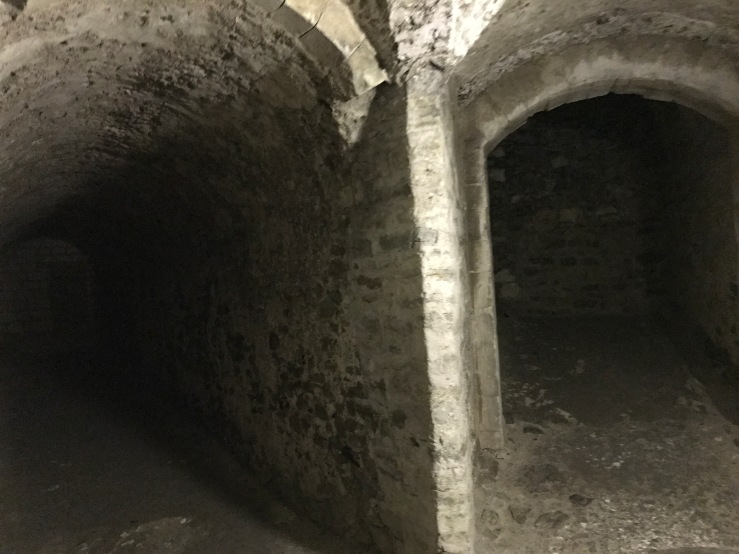