There seems to be almost a feeling of no mans land in the Mid-Levels which sit somewhere between the skyscrapers on the shoreline of Victoria Bay and the high rises that cluster round the base of the Peak. The area seems almost in a permanent twilight from the shadows cast by the tall buildings that surround it.

The afternoon found us making our way along the Queens Road in search of the very well hidden Mid-Level escalators. Built in the 1990’s, the escalators run for almost 800 metres up into the Mid-Levels. They are a slightly crazy, but brilliant solution to the problem of getting lots of people down to the offices in the morning and back to their homes at night in the Mid-Levels without increasing congestion on the roads! From 6am to 10 am they run down the hill and the rest of the day, up it! Simple! 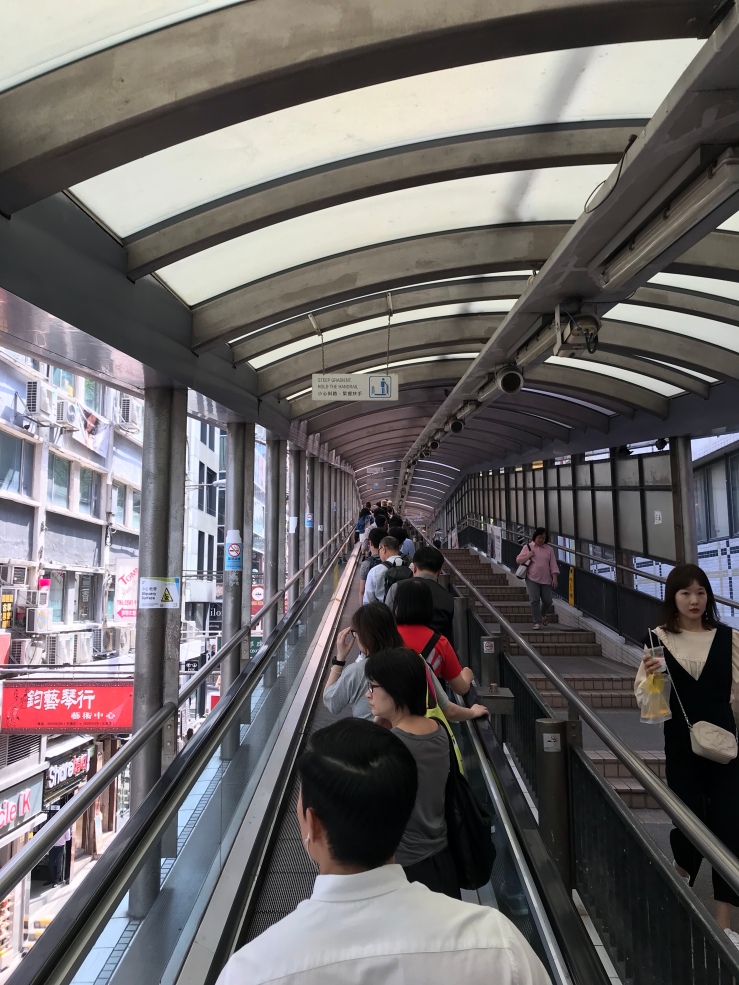 We hopped off it at Hollywood Road, which was packed with antique shops and headed up what seemed like endless flights of stairs to the Plague Museum. 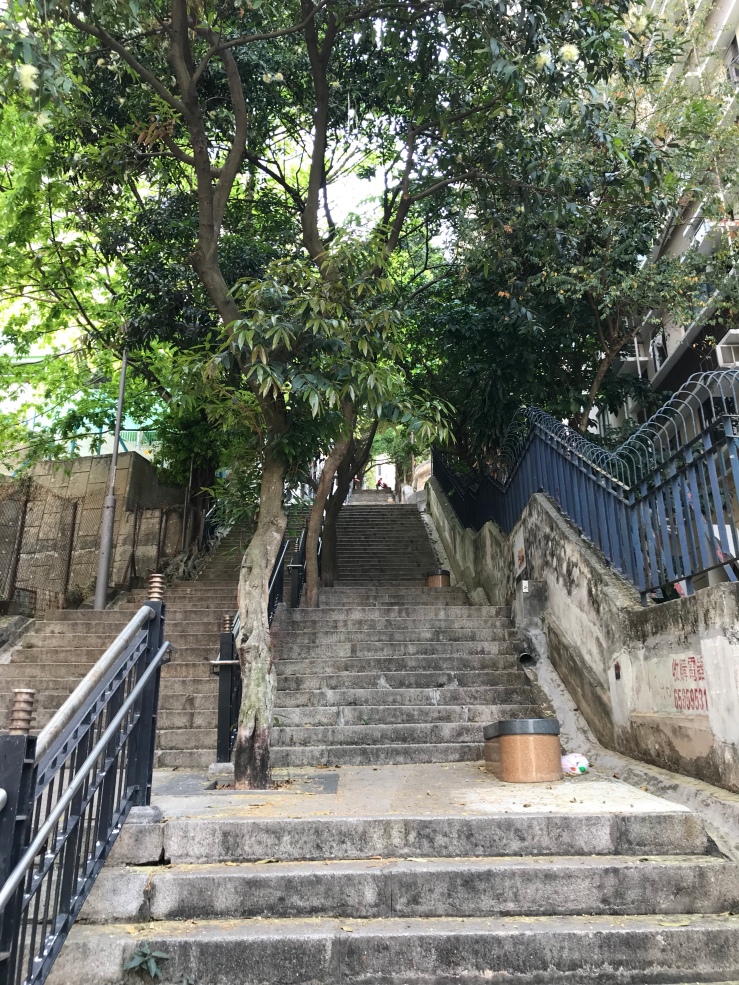 Plague has been and still is a problem here as Hong Kong is such a crossroads for people and goods. Their new container port is the fourth largest in the world. It isn’t just about banking here!

Plague epidemics became so frequent but also so disruptive to trade that 1880s a state of the art Bacteriological Institute was built and staffed, becoming known for doing loads of innovative, if somewhat gruesome stuff in tracking and monitoring outbreaks.

Plague and Smallpox…..plenty of good things to look forward to!

We started the morning out at North Point, making special efforts to use the ancient trams or Ding Dings. They really do Ding, Ding! I had especially wanted to try them, they are packed, cramped, slow, stopping at every stop and very noisy but great fun all the same! We were the only westerners on board and were of some interest to. He locals! 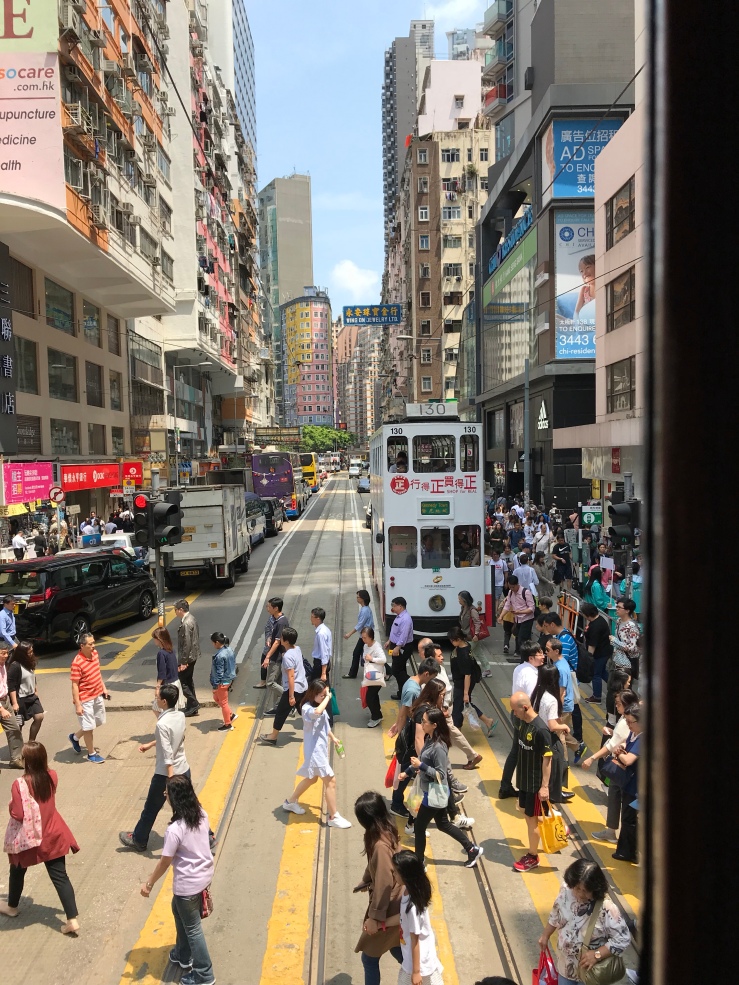 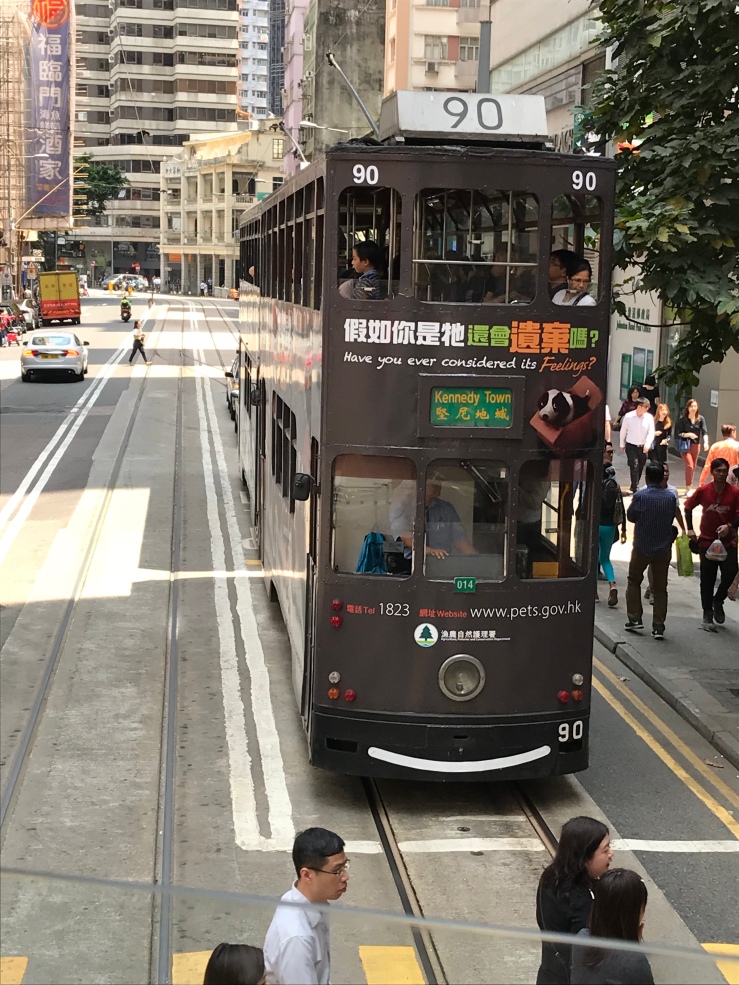 The ‘plan’ was to go to the Bird and Flower markets, but our real intention was to gorge on the famous Duck Shung Ho egg rolls! The bird market was a bit grim and we left feeling uncomfortable about keeping song birds in small gilded cages. It was quite a contrast to see the sparrows darting in and out, picking up the spilt bird food!

The flower market was equally unsatisfactory but in a different way, cut flowers in vases do not excite the same emotions as birds in cages! The market had gone and it was now rather a dull street of wall to wall Interflora shops.

More disappointments were to follow, by the time we had got to Duck Shung Ho all the egg rolls had been sold. Although to ease our obvious distress we were offered a bag of broken ones from under the counter! Starving, we headed off to Lee Keung Kee and their Michelin Guide recommended eggette waffles……which were truly excellent and some bubble tea….which had the consistency of frogspawn and tasted very much like I imagined it would!

However things rapidly improved with Dim Sum at Yum Chi and their hilarious steamed dumplings! 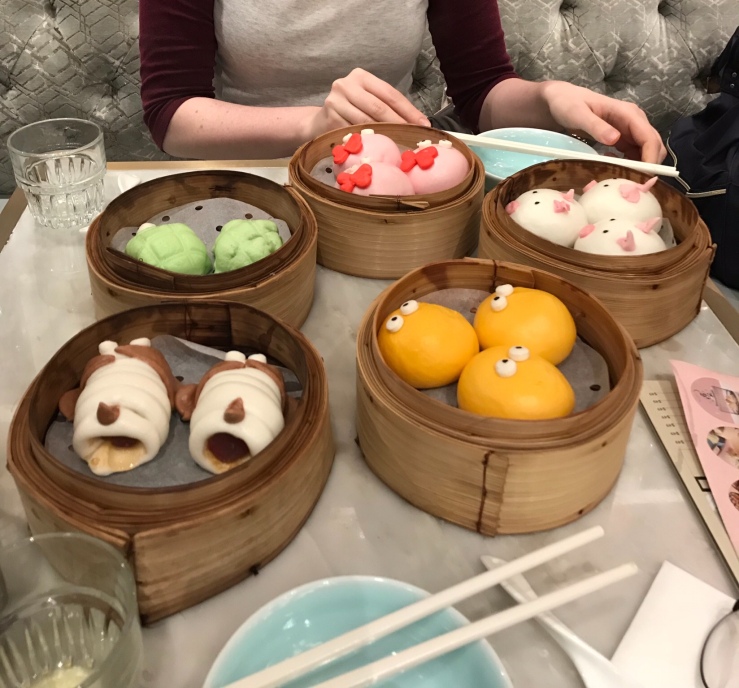 The yellow custard ones are the best!