Grace had suffered no ill effects for being abandoned in Svendborg in the gales. All her lines were secure and the fenders had clearly done a good job! The wind had shifted round to the west as we predicted but Grace was still held on to the pontoon by the wind and we were going to have ‘fun’ getting away from the pontoon without drama. We set up a bow spring line to get the stern out and got safely away, going stern first away from the pontoon and out into the fairway. We followed the marked channel under the Svendborg bridge and out towards the island of Skaro to the west cardinal buoy off Vornaes Pynt.

Grace suffered no damage in the storm 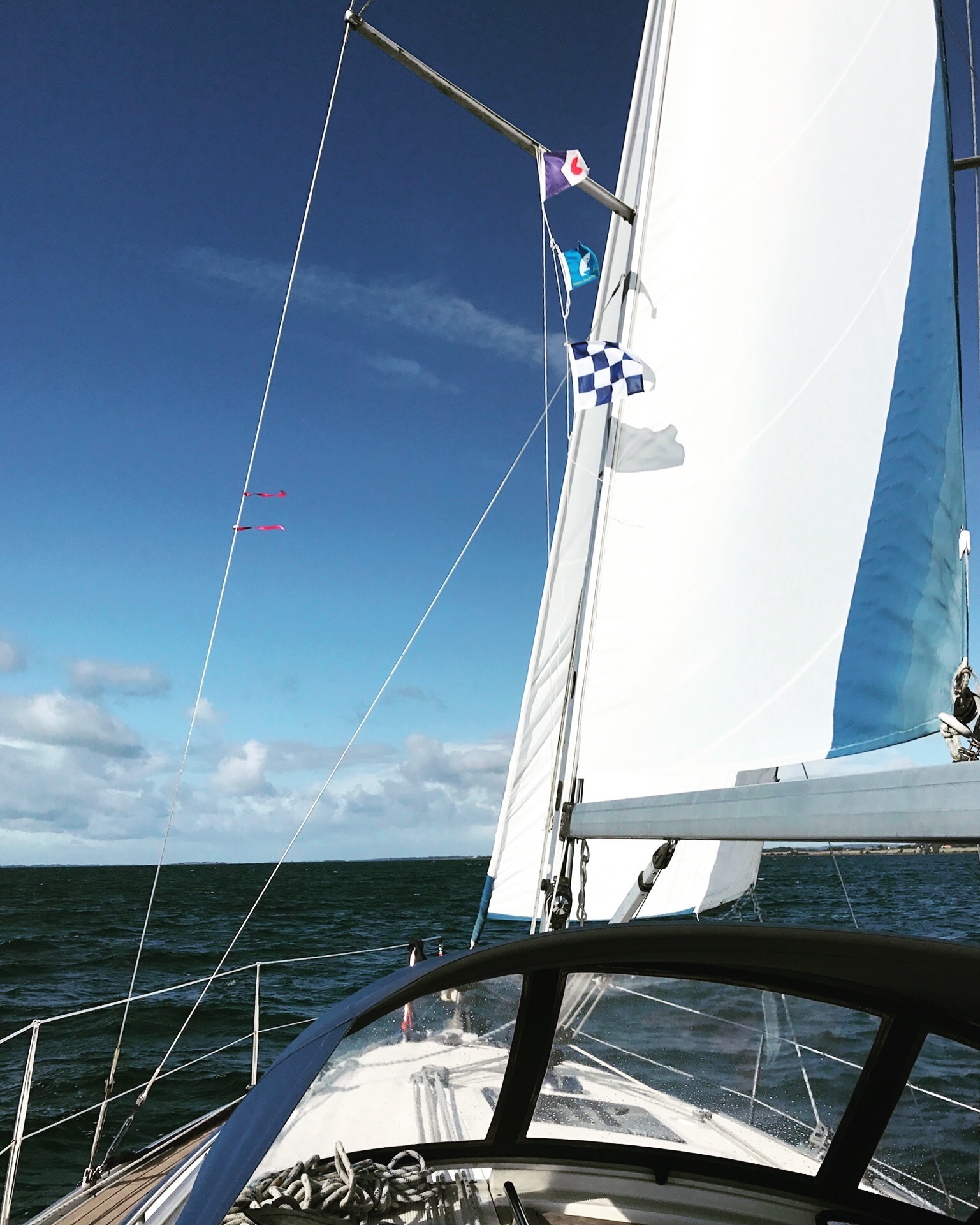 Heading out of the Svendborg Sund towards Avernako

We tacked up the channel between Fyn and Avernako passing Skaro and Drejo to port. After about 4 hours we reached our turn point for either Faaborg on Fyn or the island of Lyo. Faaborg would offer better shelter while Lyo has a narrow but straightforward approach but is quite exposed once inside the marina. We chose Lyo as it would save us about 7 nm in the morning by avoiding the need to retrace our steps and we as we had already quite a long leg planned to cross The Little Belt. This would save us almost 2 hours sailing ensuring we could be into Dyvig in daylight.

I noted in the log; ‘Rain ahead, I hope we miss it!’……….No, within about a minute we were in the thick of it! The wind built up rapidly, first 15 then 20 knots as we shortened sail, the rain was driving in our faces as the sky became darker and darker. Then it hit us, 30 knots peaking at 35 knots and we were struggling to to keep Gracie under control as we took more sail in. We ran for cover and sailed toward the calmer water that lay in the lea of Avernako. The wind moderated to around 25 knots as we left the shelter of the island and crossed the gap towards Lyo. We followed the ferry in and were glad to be in the marina. However our relief was short lived as when we went between the mooring posts the bows got caught by the wind and before we could secure the bow lines, Grace got blown back against the posts, 10 metres from the pontoon! A bit embarrassing! This took some jiggling to untangle ourselves from the posts and get the bows securely tied up. This is where bow thrusters would have been a good investment!

Grace safely moored up in Lyo

The wind dropped and it became very still in Lyo Bay.