The Little Belt is the channel and its islands that runs between South Jutland and Fyn. It is one of the three straits of Denmark that lead to and from the Kattegat and ultimately the North Sea into the Baltic Sea. There is the Little Belt, the Great Belt and the Ore Sund/ Sund Et adjoining the Swedish border to the east.

Our first island visit after Augustenborg was Lyo. It was a great sail, on an easy reach we went up the Augustenborg Fjord and then opening out onto a broad reach as we entered the Als Fjord. Once into open water we turned onto a course of 046 and headed for the North Cardinal buoy off the end of Travesand about 2nm east of the Northborg Light. 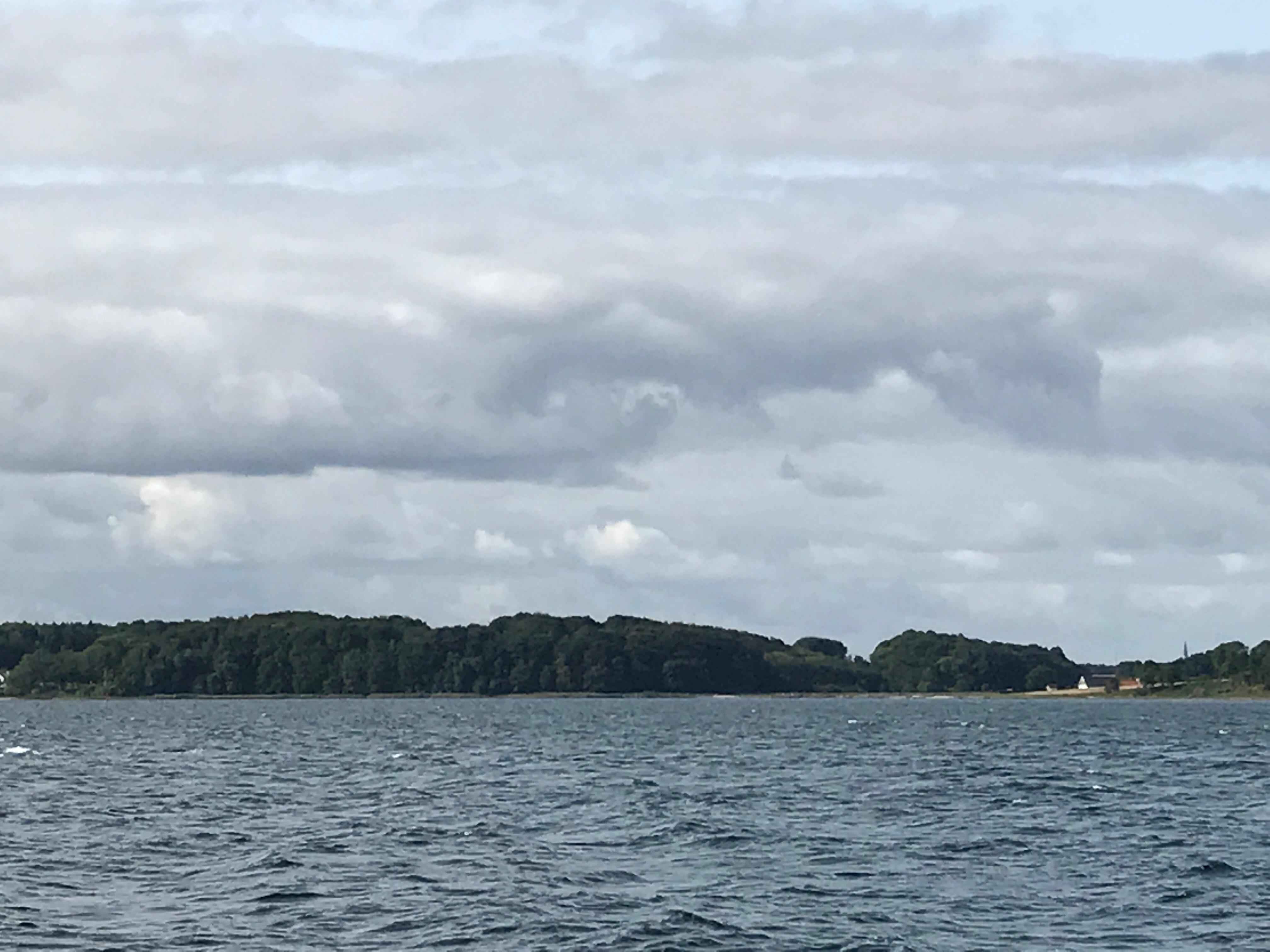 At the Cardinal we changed onto a bearing of 110 to cross between the two North Cardinal buoys that mark the string of shallows; the Lillegrund, the Langgrund, the Hesteskoen and Sondre Stenron. These run for 7 nm along the Als coast. Gybing, we ran across the Little Belt for about 9 nm on 093. At this point the genoa was not pulling well as it was shielded by the mainsail as we were running before the wind. Grace would would really benefit from a Spinnaker here and would fly along! Perhaps we can get Anders to fit one for Grace’s Christmas present! However our speed was not much affected and we still made 3.5 knots in a brisk F4 wind.

A spinnaker would be a great Christmas present for Grace!

On the perfect course we entered the Lyo Krog, the channel between Hornenaes and Lyo that takes you behind the island and the shelter of the spit of land that forms a nice anchorage but also guides you into the harbour itself. The harbour entrance is very tight, just 15 metres wide along side the ferry dock with a 90 degree turn almost immediately into the marina! So you have to be a bit lively about it and and pick your moment as only one boat can enter or leave at a time!

We did! But not before causing much amusement to the Germans in the boat next to us. We had missed getting a stern line onto one of the posts of the box! Trying to lasso the post from our bathing platform I almost fell in on several occasions but got a big cheer from the rest of the marina when I did finally manage it! 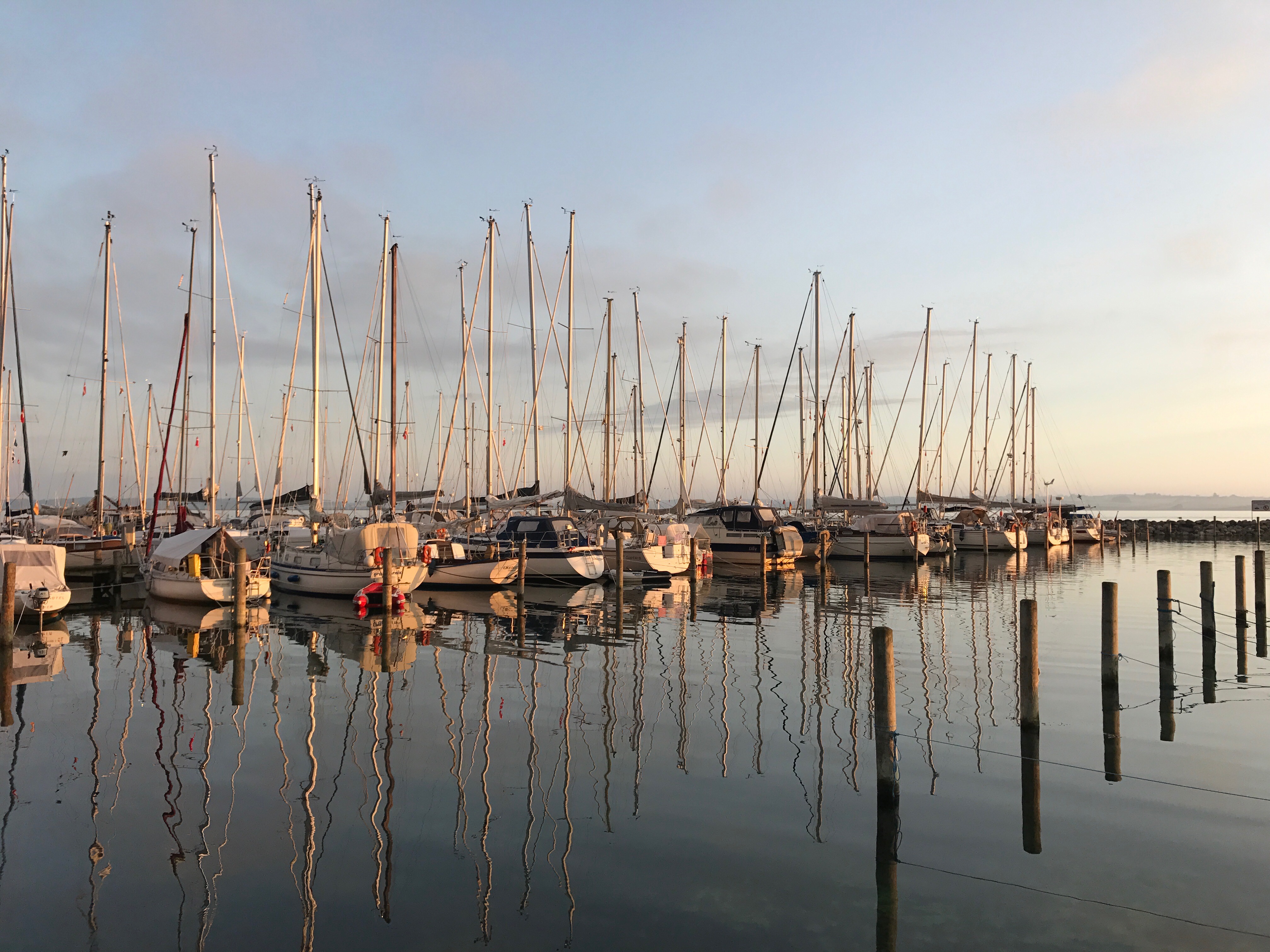 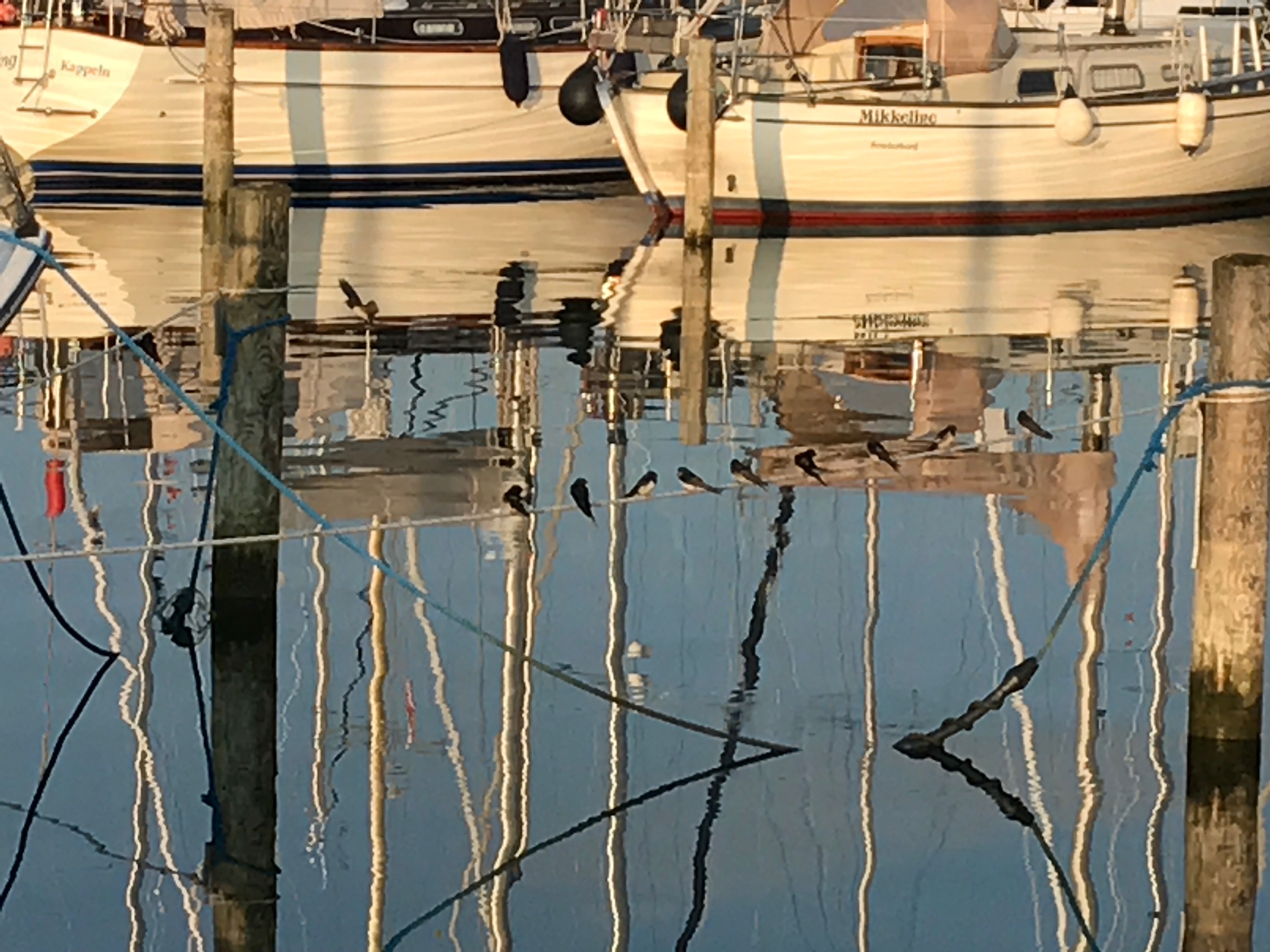 Swifts on our mooring lines

However attention on us soon faded as a big yacht tried to come into the rather narrow space next to us. I had avoided it as I thought Grace was a bit too fat for it! Misjudging his width and with plenty of power on he got well and truly wedged between post and jetty! CRUNCH! Sailors love nothing better than watching other people moor up or try to, it is a gladiatorial sport where we all have our thumbs pointing downwards! As always when you have a slightly vigorous landing there are always plenty of people on hand to watch and offer useless and too late advice!

Lyo was a beautiful little island, only a few miles across with a few traditional farms and a local shop selling wonderful local honey and milk. It was a lucky find as we had intended to sail Aeroe, about 10 nm further on. But that is why the destination section in the log book is always titled ‘towards’ and never ‘to’, as you might not make it all the way there! 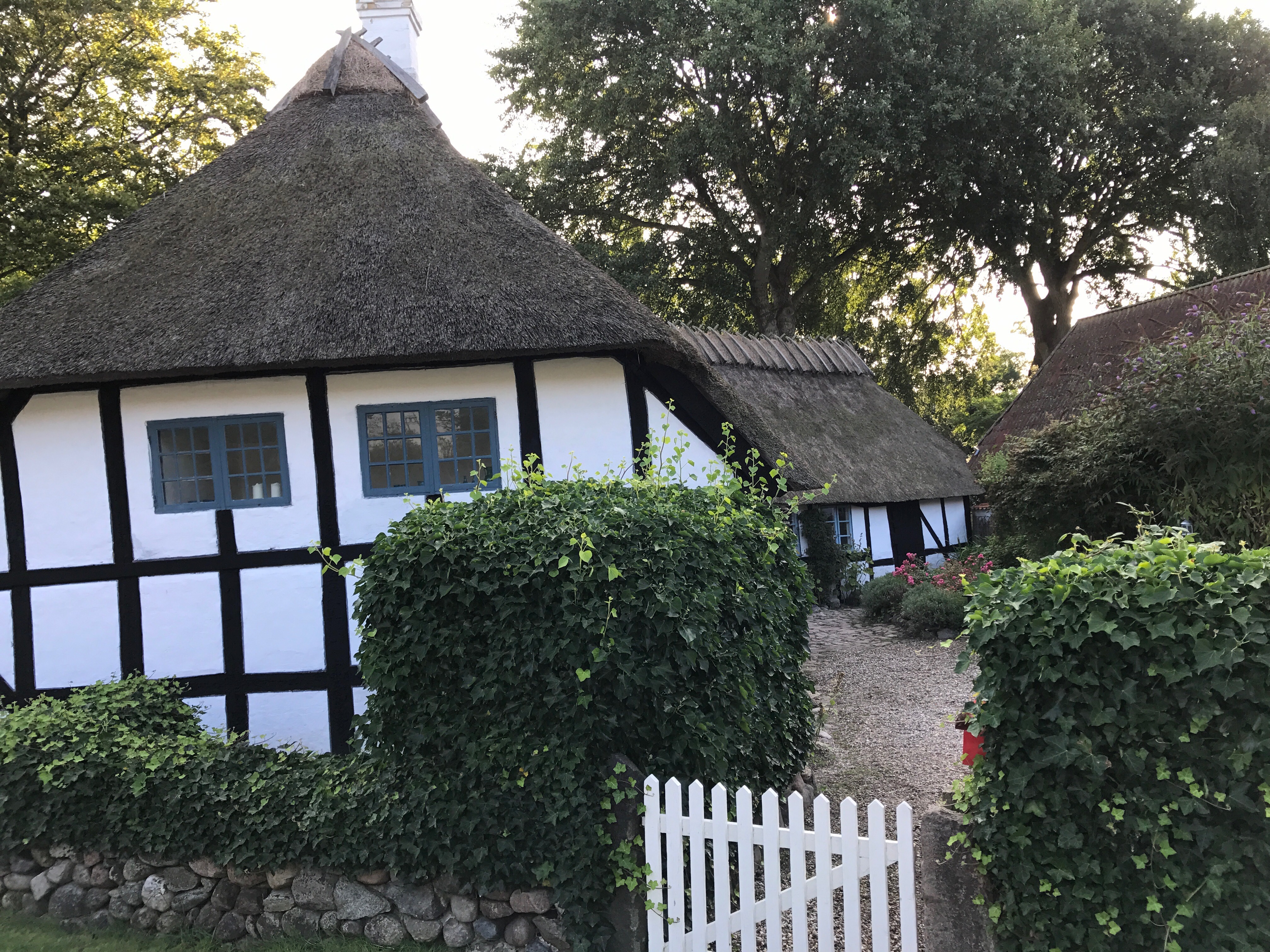 The little church dates from 1645 and is built on the site of a 13th century one.

Lyo lagoon in the morning

1 thought on “Tightening our belts……the little one at least! Part 1”