This winter, my plan is to walk the South Downs Way in a series of easy steps with Hester the dog. We will be dropped off in one place and picked up 4 or 5 hours later in convenient place after Anne has finished her work. Sounds like a good plan to me!

The South Downs Way stretches approximately 100 miles from Winchester to Eastbourne. Its starting point in Winchester is a bit unclear, some say the cathedral, others say the statue of King Alfred – so I walked to them both just in case! I had imagined that the SDW was some historic way taken by pilgrims for centuries…… but no! It is not a historic route but one created in the 1970’s. It does however link age old paths, trails and drover ways – some over 8000 years old! The paths follow the chalky downs ridge line and avoids the marshy and damp of the weald. 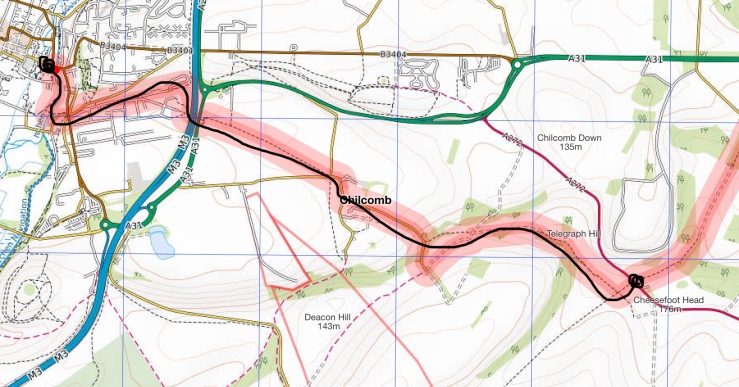 The first part from Cheesefoot Head to Winchester

Every good walk needs to start off with a good lunch to ward against the hardship of the journey…. And today was no exception! Lunch at the Hinton Arms in Cheriton sorted this! Cheriton has an interesting history, it was the site of a particularly brutal and decisive battle of the civil war. In 1644, five thousand royalist troops were defeated by 10,000 parliamentarian soldiers and effectively ended Charles 1 offensive in Southern England. It was all downhill after that, the royalists ever gained the initiative again and lead to his beheading! It is claimed that the road through the village ran red with blood. 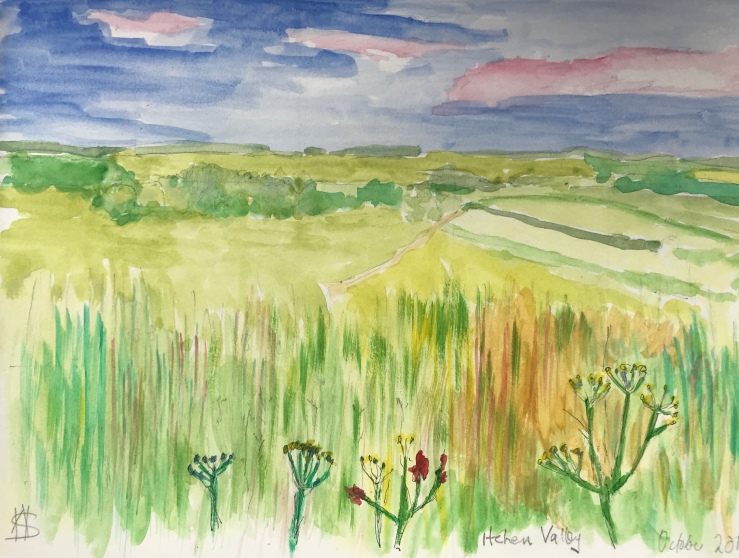 View across the Itchen Valley

Suitably fortified Hester and I were dropped off at Cheesefoot Head for a gentle 4 miles downhill walk into Winchester. This part of the walk from Telegraph Hill is the highest part of the route and it felt a bit like cheating as we had avoided the walk up from Winchester! Cheesefoot Head is a huge natural bowl scoured out of the chalk. It looks like it is a manmade amphitheatre because of its even shape. It is natural but has been use as a meeting place for millennia, including during the preparations for D-Day where Ike addressed 100,000 allied soldiers in June 1944. 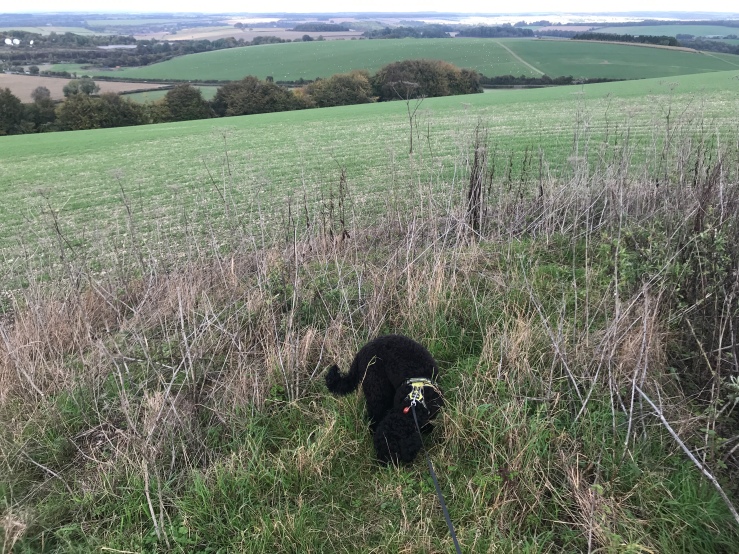 On Telegraph Hill, named because it was the site of beacons and a semaphore station is peppered with Iron Age bowl burial barrows, on one of them is a trig point denoting the highest point but I never found it! From here on in it was down hill all the way to Winchester. Following the finger posts down the field margin, we walked towards Winchester. Hester running on ahead off her lead, head in every rabbit and fox hole – she would get a shock if she met one! 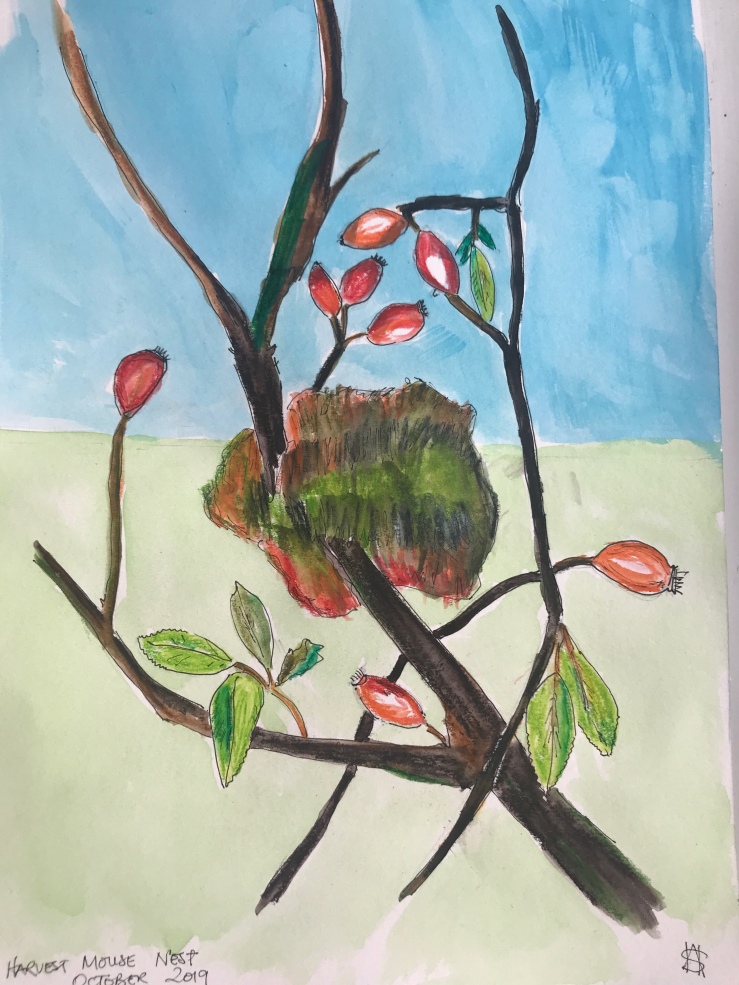 Harvest mouse nest amongst the rosehips

As we walked down towards Winchester, it got progressively noisier, first with the firing ranges at Chilcomb which we skirted through the village and passed the vineyard. Pressing on, the noise of the M3 became louder until suddenly we were on the footbridge crossing over it and into the outskirts of Winchester. We walked along the river bank, which was rerouted to form a moat around the city by the Romans towards the centre of the town and to the statue of King Alfred, our official start point of the SDW and the end of our walk (possibly). 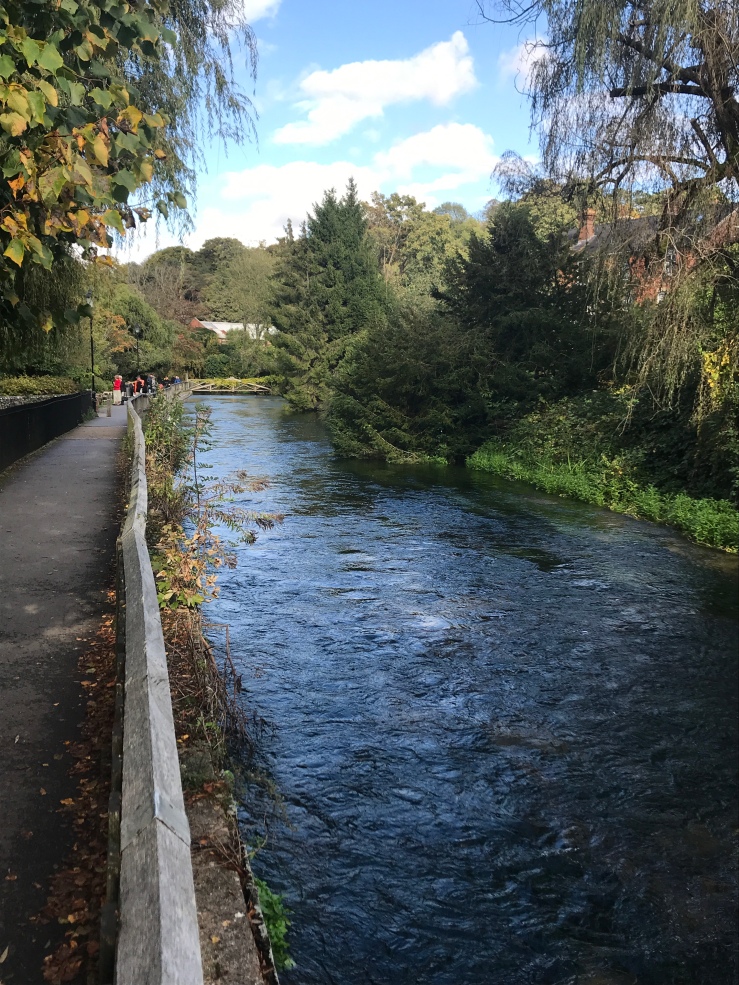 Following the river into Winchester 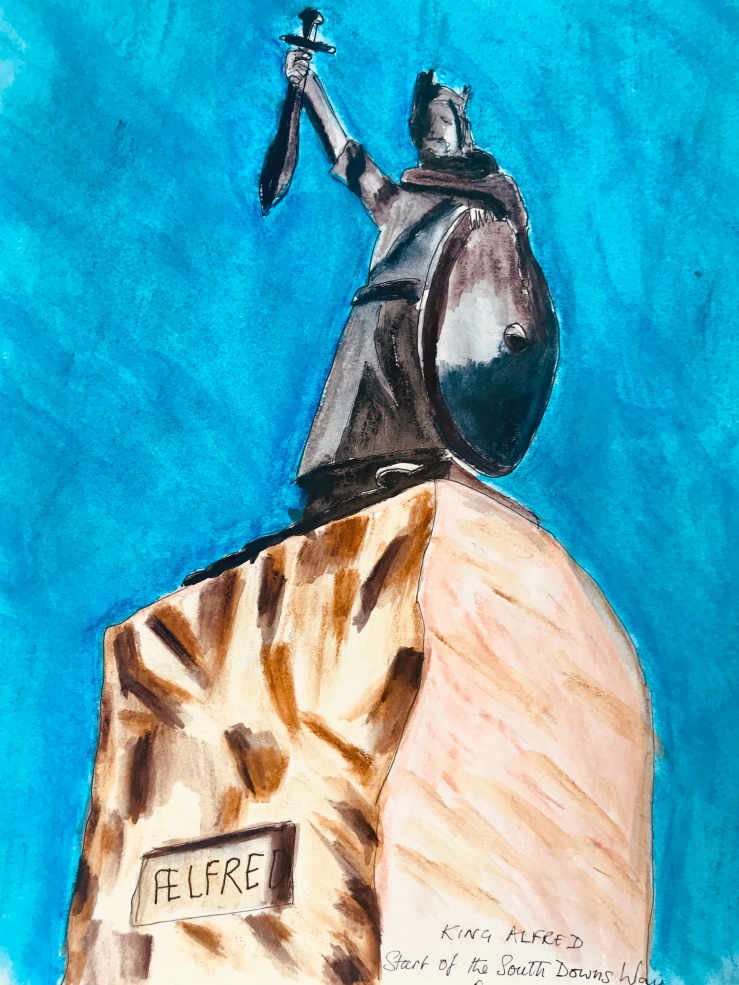 King Alfred and possibly the start of the South Downs Way

However just to make sure we had found true start of the SDW, we set off to find the cathedral. If it was like Chichester cathedral, it would have been easy to find as you can see the spire for miles but not Winchester. No, we wandered around the streets until we found a small alley that said something like ‘Abbey Way’ and following it we eventually found the cathedral! 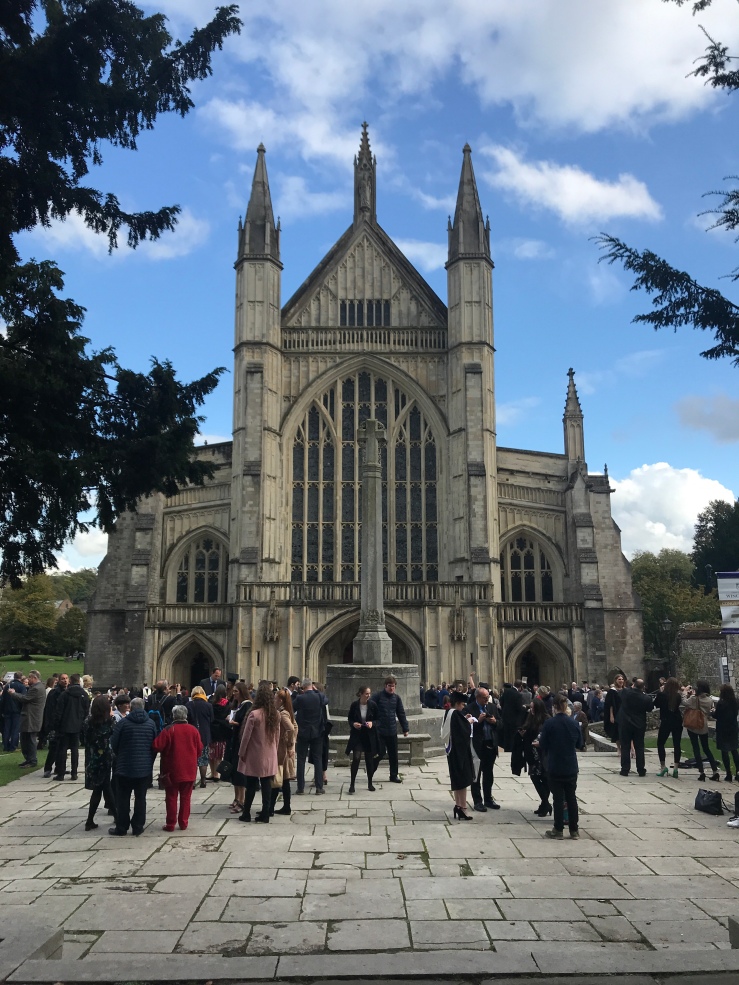 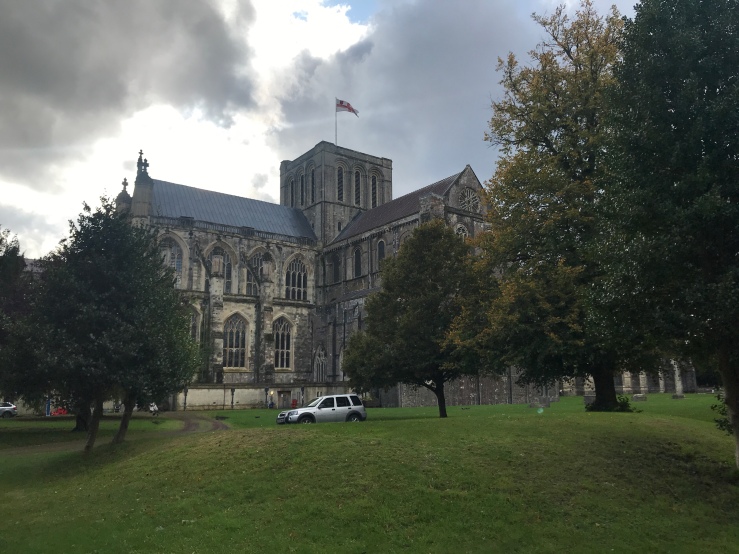 At the Cathedral, possibility the start/end of the South Downs Way

Now just 96 miles or so left to walk.